Your browser does not support JavaScript!
June 2, 2017

A Realm of Tales 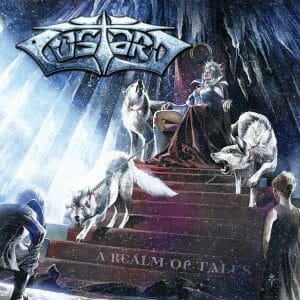 Germany’s CUSTARD have been around awhile. But this new incarnation shares little with their origins, aside from the drummer…and a love of riff, power, and hook. Their 2017 release ‘A Realm of Tales‘ is a beast of an album that should please all fans of Euro-Power.

Utilizing a well-proven formula in crafting a nice balance of heft and speed hearkening back to the golden era of 80s/90s Power. No revolution, no complaints.

Fans of Power Metal only really demand talent, riff, and melody. In this CUSTARD’s ‘A Realm of Tales‘ excels. For those looking for that next thing all I can promise is a grand example of what’s been done before. Heavy Metal, tried and true.

Soaring vocals, melodic guitars, and a hefty pound. Tried and true Heavy Metal crafted by veterans. If it ain’t broke, don’t fix it.