Your browser does not support JavaScript!
April 19, 2013 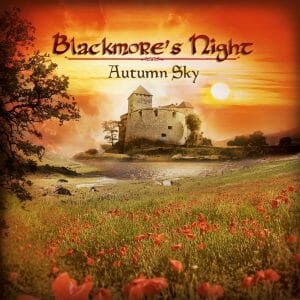 A brilliant, fanciful example of what boundless musicianship can produce.

Their 2010 album ‘Autumn Sky‘ remains their most accessible. The infectious, inviting opener is a beautiful cover of the Swedish pop band ONE MORE TIME’s single “Highland“. Easily one of the best songs I’ve ever enjoyed, from any genre.

Candice Night and Ritchie Blackmore, circa 2010.

The rest of the album flows along organically. Pop anthem “Strawberry Girl” is another fanciful gem. While “Night At Eggersberg” showcases Ritchie’s best instrumental in a long while.

None of these songs depress. That’s one of the appeals of Renaissance music–even (most especially!) songs about war and death lead into drinking and dance. With “Health to the Company” offering a reflective, somber tale of fallen comrades. And “Barbara Allen” as the ideal upbeat closer.

Candice Night’s strong voice has matured steadily since her debut in the mid 90s. While the only thing I can say about the 60+ year old Blackmore is that he doesn’t appear to have lost any of his legendary talent. And he refreshingly sounds happy playing this music; something often noticeably absent from his Hard Rock output.

‘Autumn Sky‘ is BLACKMORE’S NIGHT’s most contemporary album to date (circa, 2010). More electric guitar and with themes that relate directly to the modern world. Yet, it still retains the charm inherent to this highly specific genre of folk. If you’re a Rock fan willing to try something different give it a shot. A blend of Pop, Folk, Renaissance, and Heavy Metal guitar that only seems ridiculous. Trust me.

Without genre limits these compositions sweep between Pop, Renaissance, Folk, and Rock. Merging traditional Folk songs and melodies into modern Pop and making it all look easy and sound amazing.