Your browser does not support JavaScript!
January 1, 2015

Down on the Upside

A rare mix of mature and kick-ass birthed into Heavy Grunge glory.

SOUNDGARDEN, coming off a career high with 1994’s ‘Superunknown’, seemingly had nowhere left to go but down. Thankfully, instead of merely retreading what they’d done before they choose a different path. Abandoning commercial in favor of artistry they took their follow-up album, 1996’s ‘Down on the Upside‘, to crazy, unexpected places. Mellow, melodic, psychedelic, acoustic, electric, heavy, grunge, experimental, metal, rock, and raw. 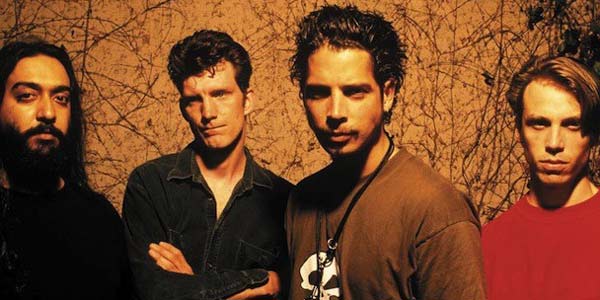 SOUNDGARDEN’s decade long career was starting to dim by the mid 90s as the appeal of Grunge was quickly fading towards Alternative angst. With vocalist Chris Cornell driving their sound towards softer, more melodic valleys Guitarist Kim Thayil kept pushing towards their trademark riff machine. Once compared to LED ZEPPELIN, ‘Upside‘ would become their own ‘In Through the Out Door‘. And that’s no small compliment.

Many of my favorite SOUNDGARDEN’s songs reside here. And as a complete package, despite the inclusion of a couple of quirky experiments in go nowhere drone, ‘Down on the Upside‘ is their most emotionally satisfying collection.

Looking for stand-outs on this highly charged and creative release is like trying to find great art at the Louvre–i.e., stupid easy! Just don’t expect the metallic heft of past work.

Listen to the slow-burn ear-worm acoustics of “Dusty” or the almost peaceful intro for the bass anthem “Blow Up the Outside World“. Any lingering rage has seemingly been calmed and turned on its head. Can Grunge be happy music?

Don’t for a minute think there isn’t heavy, however. The opening charge of “Pretty Noose“, a SABBATH tuned “Rhinosaur“, the guitar assault in “Never the Machine Forever“, and the playful Punk Metal of “No Attention” all showoff those wonderful Thayil crunches and Cornell screams.

The songwriting is principally split between Cornell and Bassist Ben Shepherd. Cornell handles the friendlier tracks like the killer single “Burden In My Hand” and that 70s-bass trip “Overfloater“. While Shepherd ushers in the eclectic and weird like the haunting “Zero Chance“, crazed madman on a bender “Ty Cobb“, and the desert island worthy, psychedelic dancer “Switch Opens“.

SOUNDGARDEN’s ‘Down on the Upside‘ might have marked the (temporary!) end for this legendary band’s career. But, it ended on a high note. The songwriting is stellar and bold, the performances pitch perfect, and the self-production raw and genuine. One of the best of Grunge saved until its very last breath and a Must Listen.

This remains one of the greatest Rock/Metal albums of the last century. A masterful punctuation mark for a legendary career and band.