Your browser does not support JavaScript!
December 11, 2014

Monuments to an Elegy 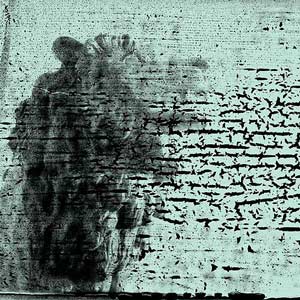 A return to the classic sound of a 90s legend…with a slight adjustment.

Being in my twenties through the transitional 1990s gave me a not-necessarily unique perspective on the plethora of Alternative Rock flooding those airwaves. As many of these overly angst-riddled bands would eventually usher in the decline and fall of commercial Rock its hard to not stay jaded regarding that mostly interchangeable sea of unremarkable product.

Yet, amidst all the mediocrity there was small group of truly brilliant artists that would transcend, including THE SMASHING PUMPKINS. However, they would also soon implode and then vanish along with the few remaining Alt stalwarts of that era.

Vocalist/leader Billy Corgan epitomizes the typical tortured Rock star, a blend of soul crushing anger and sadness who produces his art as much-needed therapy. Reimagining the PUMPKINS as a “solo project with help”, this 2014 release ‘Monuments to an Elegy‘ is a triumphant, guitar heavy return to roots. Full of retro synths, Corgan’s trademark cryptic lyrics, and plenty of lament. Yet, buried within, I sense a rising tide of hope. Perhaps the “therapy” is paying off?

Welcomingly, this is a brief album–nine tracks at under 33 minutes. Tightly focused on the groove, the riff, and the melody. A far cry from those overwrought double CD collections of Corgan’s past. It ain’t all rainbows and lollipops; but, at its peak, ‘Elegy‘ is exceptional, accessible, and cathartic. A tribute to the undying power of Rock music.

Stand-out opener “Tiberius” draws us in, Irish folksy highlight “Drum + Fife” powers on with a helluva chorus, title track “Monuments” gives off “Rat in a Cage” vibes, while the fierce “Anti-Hero” proves that the angst isn’t all gone quite yet.

Dropping much of Corgan’s bitter rant in favor of more reflection, ‘Monuments to an Elegy‘ is the first PUMPKINS’ album I’ve rejoiced in, beginning to end. This is the same THE SMASHING PUMPKINS’ alternative grit, allbeit in a more approachable package. It gets better with each spin…and how many albums can you say that of anymore?

Favoring reflection over angst lets these guitar heavy anthems of Alternative Rock breathe. An inviting, high-caliber return to a Rock era many would just as soon forget.