Your browser does not support JavaScript!
September 2, 2016 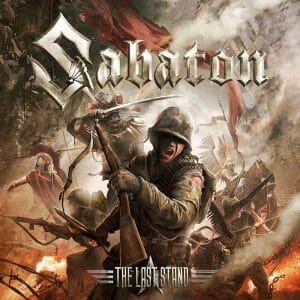 Honoring the courage and sacrifices of soldiers throughout history adds a notable prestige.

The whole War Metal sub-genre may put off many with lyrics praising strategy, sacrifice, and battlefield heroics. However, SABATON wraps these historical themes in praise and honor for those who fight and die and not necessarily for the wars (or the warmongering leaders). Still, it’s difficult to keep perspective against an onslaught of unironically pretentious hockey arena chants and fist-pounding riffage.

After a lackluster start which culminates in a typically cheesy spoken battle narration (by ICED EARTH’s Jon Schaffer, no less) things fully commence by track five, “The Lost Battalion“. The guitar dualing of “Rorke’s Drift” prefaces probably the greatest song this band has ever made, the ear-worm Power Prog anthem title track “The Last Stand“. Dare you not to replay that one at least a couple of times.

Remaining stand-outs include the melodic Ottoman sweep of “Winged Hussars” and noble closer “The Last Battle” which champions the unique alliance of Allied and German armies during the Battle for Castle Itter nearing the end of WWII.

Out front is the fever pitched roar of Joakim Brodén and the twin axes of Thobbe Englund and Chris Rörland. With another expert production from legend Peter Tägtgren and a literal who’s who of Metal vocalists in choral support.

So if you can tolerate the cheese and some sub-par offerings, SABATON’s ‘The Last Stand‘ hosts brilliant Power Metal. And with each track taking inspiration from specific historic battles there’s lessons to be learned.

Exceptional performances and production and a number of stand-out cuts elevate this album above the more generic Power trappings and some mediocre songs. Solid War Metal.