Your browser does not support JavaScript!

“Bond, James Bond” is an absolute. He has no parents, has no ancestral home, nor tortured past. He began life as a Commander in His Majesty’s Royal Navy and quickly advanced into the superspy 007. His loyalties are to Queen and country, above all.

He is confident, to a fault. He unapologetically flirts and sleeps with women–and will leave them as this (or the next) mission requires. He places little value on the lives of those who get in his way. And he never loses his cool, his confidence, his wit, or his sense of righteousness. He’ll only break the rules when needed and will never apologize, nor regret doing so as in that precise moment it was, and always will be, the correct decision.

Yet, our “modern” P.C. world is threatening James Bond’s very existence. Burdening him with a guilt-laden past, regret over mistakes made, and torment from fallen allies. He’s becoming a dark, brooding anti-hero. Everything that makes Bond so special is quickly vanishing. And we need to fix this “evolution” now!

We don’t need another reboot–some sad rehash of where Bond came from. Take a page from past-rejiggerings and simply drop a brand new actor (actress?) into this iconic role. Put a new coat of paint on things and give us “M“, “Q“, “Felix Leiter“, and “Moneypenny“. Present an imminent threat to the world, a mad with power, delusions of grandeur Big Bad and then press play. And, no matter what, you must sustain all his meaningless conquests, his undying charm, and that unquenchable desire to win, whatever the cost.

After all, if the world’s ending you’ve got to break some rules (and some bones), have some fun, and before the dust settles either rue the day or get back up and begin again. Because James Bond never gives up, never gives in, and never stops just enjoying his life as superspy 007. Never!

I call Bullsh*t on MPAA Ratings.

Well, it’s official. Being “R-rated” no longer f*cking matters. With ‘Deadpool’ cleaning up at the box-office, the number one rated cable TV show being more violent than most anything rated R (and on family friendly Sunday, no less), and basically everything on this little known communication network called the Internet who cares about restricting gruesome violence, harsh language, and/or boobies?

It’s time that these irrelevant, wholly outdated, and entirely voluntary restrictions go away. They’re not actually protecting anyone from anything. Simply declare what offensive content we may see/hear (like the more functional TV rating system) and then let us decide. A little common sense goes a long way.

Society can not (should not) perform the job of parenting. If we shelter pre-18-year-olds from any art/culture we find overly mature in an everything available at anytime world we do more harm than good. An open world allows for open discussion, open problem solving, and (gasp!) a learned ability of someone deciding for themselves whether or not they actually want to see people being decapitated while they curse profusely. And don’t forget, boobies are for infants’ (and married couples’) eyes only.

Besides, it’s not like any determined young person with a smart phone is incapable of seeing/hearing whatever they want, regardless. 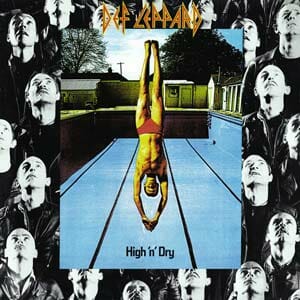 “Real knowledge is to know the extent of one’s ignorance.”
— Confucius